By Louanne Haugan, CBWC Director of Development and Communications

I have had the privilege, since February 2017, of working in the area of Development, commonly known as fundraising. When friends first asked me about my new role and I told them jokingly that my responsibility was to ask for money, they were slightly horrified. But honestly, it excited me! And it was Henry Nouwen’s small booklet entitled A Spirituality of Fundraising that cemented in my heart and mind what God had already placed there; that in this role I have been given a gift. This gift is to invite fellow believers to join with God in seeing His kingdom come on earth through the practice of generous giving and living—a natural response to God’s gift of grace so lavishly poured out on us. I say giving and living because generosity is not just about money. It’s the way we live out our life, sharing our gifts and talents and homes and food—all that we have—with others! Jesus is inviting us to a life of gratitude where who we are and what we haveare gifts to be received and shared.

My pastor, Tyler Graftaas, recently did a sermon series on generosity and he pointed out that the word ‘to give’, ninety per cent of the time, is the word didomi which refers to God giving to humanity, God giving to His people, people receiving His love. Receiving is accepting something that is given to us which we did not earn or deserve—it’s not ours to take! We don’t take love from God, we receive it. And the ultimate expression of generosity modeled for us was in the gift of God’s son, Jesus, to take our sin upon Himself when we did not deserve it. If we are to be generous people, we must understand that we give because God first gave to us.

Secondly, we should be generous people because God uses our generosity to grow His Kingdom and lead others to Christ. A great example of this is found in Acts 4. Peter and John were arrested after healing the crippled man who had been begging at the city gate. They were brought before the council, where they were interrogated and threatened by religious leaders because they had caused such a commotion when they performed this miracle and healed the cripple. When Peter and John were released, they went straight to the other believers and told them what had happened. Then they all joined together in prayer as one in spirit in heart and mind and prayed for God to use them for His purposes and to show Himself powerfully through them. And God did just that; He moved powerfully through them and they were filled with the Holy Spirit and spoke the word of God boldly. Then an interesting thing happened… generosity! In verse 32 we read,

“All the believers were one in heart and mind. No one claimed that any of their possessions was their own, but they shared everything they had. And with great power the apostles continued to testify to the resurrection of the Lord Jesus. And God’s grace was so powerfully at work in them all that there were no needy persons among them.” Acts 4:32

God had given them all they needed through the death and resurrection of His son, and so naturally, now they would give it all back!

So, when it comes to us, why does $100 at the mall seem like so little to spend, but when it comes time to put it in the offering plate, or when we are invited to participate in a ministry project, seem like so much? We like to weigh the costs and factor in time spent vs. investment returned. What’s in it for me? Will the people I’m giving this money to actually do what they say? But pause and think about this. Think about how God gives to us. He leaves the 99 to go looking for one lost—that’s only a 1% loss, and He leaves everything. There’s the parable about the woman who had 10 coins and one went missing. That’s only 10% missing, and she turns the whole house over to find it. Then there’s the father with two sons. One takes off with his inheritance, that’s 50% missing, and he waits and celebrates when the 50% is returned to him. God is all in – 100% invested in us. Shouldn’t we be fully invested in Him?

C.S Lewis writes, “Every faculty you have, your power of thinking or of moving your limbs from moment to moment, is given you by God. If you devoted every moment of your whole life exclusively to His service, you could not give Him anything that was not in a sense His own already.”

So, why are we so hesitant to allow God full use of His resources? Our time, our giftedness, our finances. It’s really a matter of trust, isn’t it? We don’t like to admit it, but we struggle with trusting God, even when we read in Philippians, “And my God shall supply all your needs according to His riches in glory by Christ Jesus.”

You have been given an incredible gift. It’s called your life. Each of us has the opportunity to live in the place of abundance where, as Henry Nouwen so eloquently put it,  “Every generous act overflows its original bounds and becomes part of the unbounded grace of God at work in the world!”

What is your God story? Is it shaping how you give back to God what you’ve received? Remember the word didomi?  We do not take from God. We receive from God every good and perfect gift. It’s His, not ours. Nothing that we build up for ourselves in treasure can be taken with us. We come into the world with nothing and leave with nothing.How will your story live out generously?

One way is through planned giving: leaving a legacy gift in your will for ministry to bless future generations. Maybe you or a family member has been greatly impacted by a certain ministry. Maybe a grandchild decided to follow Jesus at a local camp or on a SERVE mission trip. Maybe you came to know Jesus at a camp when you were a child or teen. Do you have a heart for welcoming newcomers to Canada?  Do you have a passion for planting churches or a desire to see local churches strengthened and resourced for the future? Perhaps you’d like to leave a legacy gift to your own home church! It is entirely up to you.

One of the biggest misconceptions about leaving a legacy gift is that only the wealthy can do it. The truth, however, is that everyone can plan a legacy gift no matter their current income or assets. And in fact, folks who may not have had financial means to give to their favourite cause during their lifetime, have the opportunity to leave a gift in their will that will leave a lasting legacy for future generations. Your money will be taxed and distributed after your death. With a will in place, you make those decisions yourself. With a planned gift in your will, much of the money that would go to taxes can instead be effectively directed to the ministries you care about. Our partnership with the Foundation allows us to facilitate enhanced giving options, too, such as the donation of securities and donor-advised funds. The Canadian Baptist Legacy team is here to help provide the best possible strategies for achieving your planned giving goals. We are also happy to come and visit your church to discuss how to start a Legacy program for your congregation. For more information, please see our brochure here.

God compares His kingdom to a mustard seed. Jesus said, “At the time of sowing, it is the smallest of all the seeds on earth. Yet once it is sown it grows into the biggest shrub of them all and puts out big branches so that the birds of the air can shelter in its shade.”  What a beautiful picture of what God’s kingdom is like, of what He can do with the resources we give Him. May we be open-handed with what we receive, and continually live in a spirit of gratitude. 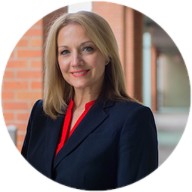 This article was published in the October 2018 Treasurer’s Corner. Subscribe here.

Keep up with our latest news, programs and stories!